Best In Show at the Fayetteville Underground! 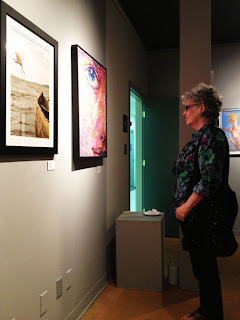 (*Click on images to see bigger version)
Blessed are the people so happy when someone else has a magical moment. Here is my friend Mary, check her out smiling at my painting.  If I didn't know better I'd think she was smiling because she saw it received an award.  This is definitely one of the pictures I'll remember in my mind of that evening. BLESS YOU MARY and my over 100 Facebook friends who congratulated me! She was kind enough to drive me to the show reception for the First National Juried Show at the Fayetteville Underground with the theme "Women Take Flight".  We got there early so we can get a good look at the entries before it got crowded. 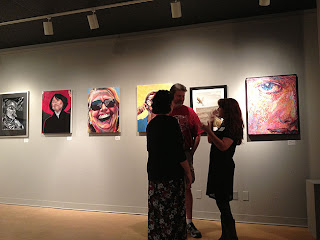 If I remember right, there were 58 entries nationwide and 24 were accepted.  I didn't take photos of the whole show but the entries were very creative in their concept and designs were strong.

Fayetteville Underground is a co-op of very talented artists. Aside from the juried show, the Fayetteville Underground artists were displayed on their respective walls. I was excited to see my friend Melissa Garrison's work up for the first time since she was accepted.  Pictured here are just 1/3 of her pieces that were exhibited.

Melissa builds her own frames, in fact she built the frame for my piece :D

I also met an artist I admired - M.M. Kent!  He was so nice and said such nice things about my one entry :)


Mary and I stepped out for a bit to enjoy the outdoor celebration of Fayetteville's First Thursday.  Art was certainly celebrated well there with a bunch of booths and a live stage performance.  There was even an
art class going on with children and adults painting! 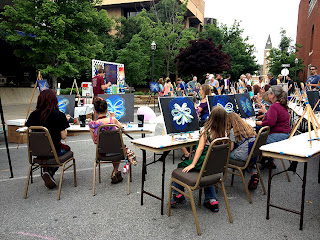 Finally we went back to the gallery at 7:30 which was awards ceremony time.  The first award given was "Best in Show for 'Fibers of Her Vision of Flight' by Erika Nelson"  From behind people, I think Isaid, "That's me, I won!" And the people made way for me.  As I received the the award, I was almost sure Best In Show meant 4th prize?  I've received 1st Prize awards before but never "Best in Show" and usually, the top prize isn't awarded first.  But they called the 2nd, and then the 3rd prizes and at this point I realized I won the top prize!  OH MY GOD!  I won the top prize!  I can't believe it! I screamed and did somersaults inside me as I celebrated my discovery HAHAHAHA

The people who were in the know finally came up and told me their thrill when their favorite piece was chosen for the top prize by the juror  Fran Otten who is a member of the Arkansas League of Artists and Mid-South Watercolorists (MSW). She also served as MSW president for four years. Her short speech before handing out awards came back to me that she was looking for good use of technique and design.
I entered this show hoping I'd win and sell to add funds to my art studio building.  I didn't realize that many things didn't register with me.  One that it's a NATIONAL show, 2nd that the top prize is $1000.00!!!!  And Melissa messaged me that night that my painting sold after we left!  I have reached new high price for my "uncommissioned" oil painting this is $1,200.00!  I'm ecstatic because my last high sale figure was my watercolor for same price but that was in California.

Meanwhile, there's not much progress with my studio.  Construction is slowwww.  But the latest progress is I've decided I want a glossy black door vs. using the paint I bought called "Drama red." lol

All Comments
All rights reserved to Erika Nelson / ArtByErika.Com 2011-2013 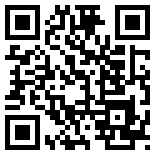 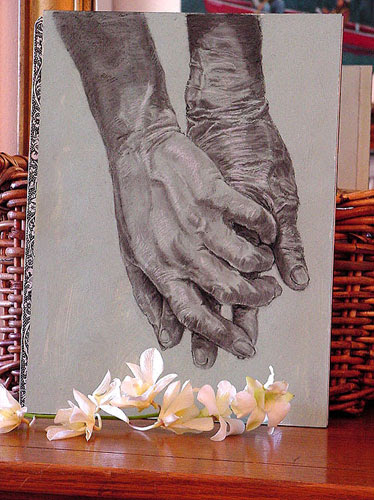